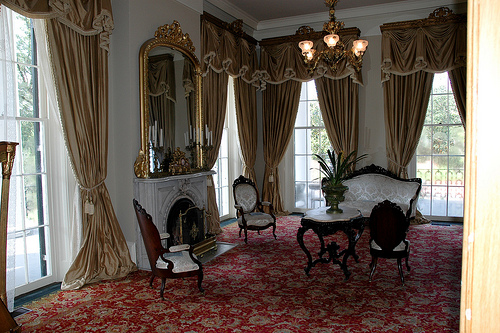 Check out these selling your home images:

Image by MSMcCarthy Photography
The land Dunleith sits on has a long history. There was originally another home here named Routhland, but it burned after a lightning strike in 1855. Mary Routh Ellis Dahlgren, the daughter of the original owner of Routhland, and her husband Charles Dahlgren, rebuilt the following year. However, Mary died a short three years later and Dahlgren had to sell the property to settle the estate. The new owner renamed the home Dunleith.
A side note: Dalhgren was a successful banker since before his marriage to Mary and was a Confederate Brigadier General during the Civil War.

Dunleith became a social center after being purchased in 1886 by Joseph Carpenter. The Carpenters hosted some of Natchez’s most lavish parties at the time. In 1976, William Heins purchased the house and turned it into a bed and breakfast. But the house really came back to life when purchased in 1999 by Mrs. Edward Worley and her son, Michael Worley. The Worley’s spent a great deal of time and energy renovating and restoring the house and turned it into the inn that exists today.

Dunleith boasts 26 guest rooms and suites, all of which have private bathrooms, antiques and antebellum period replica furniture and cable TV. Some have fireplaces and 16 feature whirlpool tubs. Of special interest to history lovers are the brick steps beside the house which are left from the original Routhland home that burned. There is also a dairy barn and The Gothic Carriage House, now the Castle Restaurant, which date back to the late 1700s and Routhland’s early days. You’ll also find a magnolia tree that is estimated to be over 250 years old. 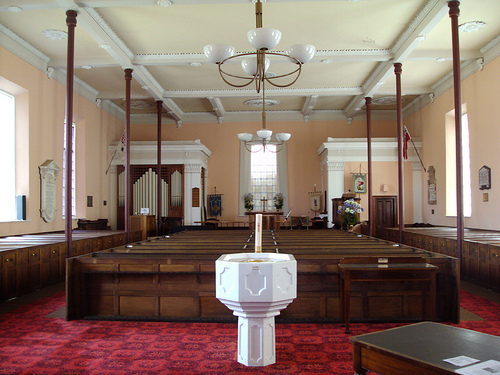 Image by denisbin
Battery Point, Arthurs Circus, and the Lena House Hotel.
Originally guns guarded the harbour from the point, hence the name Battery. Wealthy merchants chose to live there by the 1850s with Alexander McGregor being a good example. He arrived in Hobart from Scotland in 1831.He built up a large whaling fleet and bought Lenna House site from a ship’s captain once he was wealthy. He built this grand house around 1860 with a roof top tower for watching his sailing ships come up the Derwent estuary. It is now a fine hotel, so you can walk in side and look around. Despite two marriages he had no children. Opposite the Lenna is a fine example of a wooden fancy gabled Tudor Gothic style house in Runnymede Street. At the top of Runnymede St is Arthur’s Circus- named after the Governor with its quaint cottages and large horse Chesnuts in the middle of the circus. Is this really Australia? Although in England by the time of its development, Arthur owned this land at Battery Point and sold it off for housing in 1847. The blocks around the circus were all narrow frontage, suitable for workers’ cottages. The cottages were all built around 1850. Battery Point was home to master mariners, shipwrights, seamen, fishermen, shipping agents shipbuilders and as wealthy merchants.

St Georges Anglican Church.
The story of St George’s begins in 1836 with services commencing in 1838. The church was consecrated by Bishop W. G. Broughton, the first and only Bishop of Australia. St George’s was designed in the Neo-Classical style then current in London. The only other examples of this style of church left in Australia are one in Richmond and one in Sydney. The Government architect, John Lee Archer, designed the body of the building; the tower and porch were designed by convict architect, James Blackburn. The church has an unusual layout, with two side aisles instead of a single central aisle. It still has its original cedar box pews. The Government agreed to grant convict labour, stone and timber for the church tower. Lime, lead and glass had to be provided by the church members. By 1847 the tower was finally completed, but the porch and the rooms at the basement of the tower were left unfinished. St George’s porch was not added until 1888. The stone for its fine fluted Grecian columns was quarried at Bellerive. James Blackburn (1803–1854), was a civil engineer, surveyor and architect who had been transported for forgery in 1833. He was pardoned in 1841, but continued in private practice as an architect until 1849. His work included: St Mark’s Anglican Church at Pontville (Romanesque), the Lady Franklin Museum (Grecian) and The Grange at Campbell Town (Tudor).

Another fun week with its usual professional ups and downs (none of which are worthy of comment here).

My mom is doing a Moxiee and Russ and selling up, not moving to Portland though – just a little closer to us. Being photography types Dumbfunk and I went round to photograph the finished article instead of letting the Estate Agents make a mess of it with their point and press!

The week was the usual mix of late night and early mornings, finally ringing the washing machine repair man, having a lovely takeaway curry with Dumbfunk, Morse and Keksofant, liaising with a child care professional (as you do) and a lovely Roast Lamb meal at BrunBrun’s (whilst installing a new printerand fixing her computer).

So this is me last Monday night. DF and I were lining up the shots when I stole his camera and snapped this 52.

Still no sign of summer for I don’t care, Morse and I are booking a holiday in Wales soon and the time off work and the time with the family will be welcome break from it all.

Oh no, I’ll have no internet access! You’ll just have to fend for yourselves for the week and I’ll clean up your mess when I get back 🙂

Hope the weather gets sunny for you wherever you are (especially Portland)! 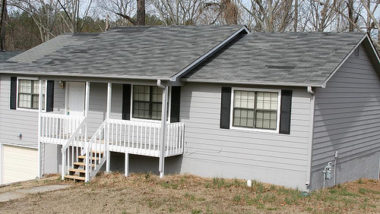